As promised, I bring you John and Sassy. 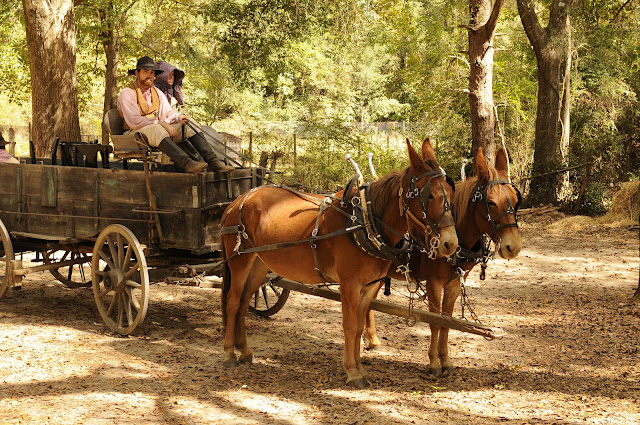 I learned that when you are ready to go, you say, "John and Sassy, step gee!" (or "haw," I suppose, if that is the direction in which you wish to travel), and you pop the reins so they get a gentle slap on the butt with them.

These are the springs, the oval metal things you see under each end of the bench: 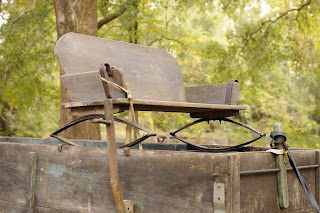 And that's it. It would have to be a pretty rough ride!

I watched the lady in the top photo attempt a dismount later in the day, and it was not pretty. Her skirts seemed to want to tangle around everything in and around the wagon and her legs as well. You have to wonder how many women fell and got hurt or even killed because of all those skirts and petticoats.

This is the brake. You don't use it like a car brake, exactly. For example, if you want to stop the wagon, instead of breaking you say, "Whoa, team!" and the mules do the stopping. 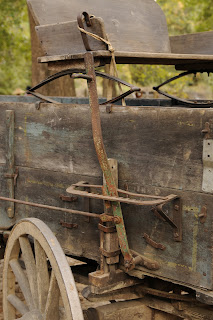 Because the wagon is so heavy, you do have to help the mules by braking by a notch or two even on slight, short downhill grades. And of course, as you can see here (forward is off, back is on), you use it as a parking brake.

John and Sassy were busy all weekend. The went to town for supplies, they gave carpetbaggers a ride to the boarding house, they took the family into town to see the Yankees establish martial law, and they moved the body of a soldier that was being reinterred. 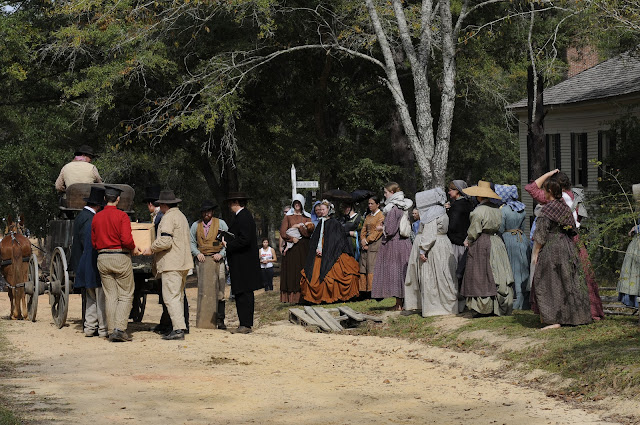 During the little graveside ceremony, they waited patiently at a discreet distance, snorting in agreement when the preacher asked God to send the Yankees home safe to their families too, preferably sooner rather than later. 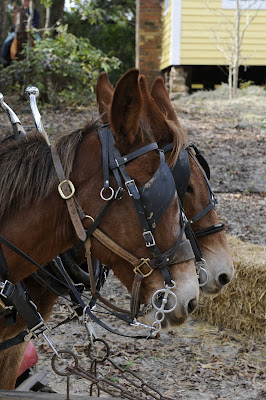